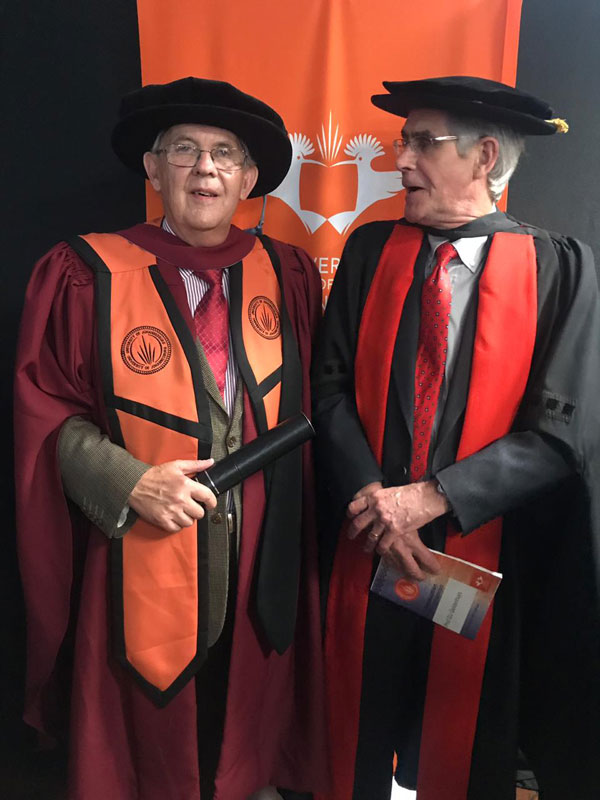 The Role of the High Courts of the United States of America, South Africa and the European Union in Foreign Affairs. 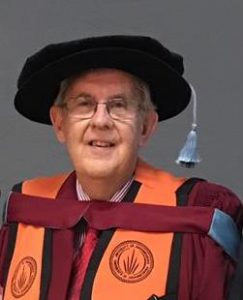 The purpose of this study is to investigate the role of the Supreme Court of the United States of America (SCOTUS), the two Appellate Courts of South Africa and the European Court of Justice of the European Union (ECJ) in foreign affairs. The latter three Courts do not have a history or track record in matters involving foreign affairs to the same extent as SCOTUS. The main focus has consequently been on this Court, with a more incisive examination of its role in foreign affairs. The study presents essential material and analysis on foreign affairs by all four Courts through their decisions, presentations and briefs to the Courts, scholarly contributions and relevant publications.

Foreign Policy Analysis (FPA) provides the analytical framework for this enquiry. It focuses and concentrates on the domain of foreign affairs analysis. The lack of recognition of the judiciary’s role in foreign affairs is still noticeable in FPA literature. This thesis concludes that FPA has to move away from its state-centred orientation that focuses on the two political branches of government and give due recognition to the judiciary and its increasing relevance and influence in foreign affairs.

SCOTUS is not charged explicitly by the Constitution with any responsibility in foreign affairs. It does, however, embody the crucial principles of the separation of powers and checks and balances. Together with the doctrine of judicial review that the Court explicitly defined in 1803, SCOTUS is assured of being a formidable force in US society — and one no less in that country’s foreign affairs from a very early stage. In the past 25 years SCOTUS has dealt more and more with issues pertaining to foreign affairs. The result has been that the executive paid the price when SCOTUS started cutting the President down to constitutional size. Therefore, while SCOTUS may not formulate foreign policy, nor engage in relations with foreign entities, many judicial actions directly and indirectly affect foreign affairs. The point is thus not whether the judiciary has a role to play in foreign affairs, but rather how great its influence is. The stage has now been reached where the President can no longer merely assume that his actions — defined as constitutional overreach — will not be critically scrutinised and he himself even be rebuked. The Court has thus determined that the point has been reached that a President has to be called constitutionally to order when he has gone too far. The conclusion reached is that SCOTUS is a de facto element in US foreign affairs. SCOTUS does decide cases that affect the relationship of the USA with the rest of the world; and as the Justices decide these cases, they are doing as much as anyone to influence US foreign affairs. The Court’s pronouncements in an age of globalisation, international terror, economic turmoil and, now lately, also with the ever growing international debate on immigration, and their consequential impact on the country’s foreign affairs are not to be underestimated. Consequently, the stage is set for a greater involvement of SCOTUS in foreign affairs than before.

The highest judicial authority in South Africa has not shied away from involving itself in issues that may have an impact on foreign affairs. While not enough cases have as yet been decided to serve as a study equal in scope to that handled by SCOTUS, these two South African Courts have already decided benchmark cases. With a determined approach to human rights issues, their rulings have already left an indelible reminder that the judiciary will not be kept from adjudicating cases that may have implications for the country’s foreign affairs. With its stern reprimands in these cases, the two Courts have lived up to their role of upholding the rule of law in exemplary fashion. Their rulings carried another equally important message: the judiciary has an unmistakable role to play in foreign affairs. In doing so these two Courts will not only hold the executive to the principles enshrined in the Constitution, but also keep the executive within constitutional limits.

From its inception, the ECJ has been an unusual international forum for the EU. Over the years it has expanded its jurisdictional authority well beyond its original, narrow boundaries. Its influence has become more apparent and contested. Contrariwise, the ECJ has been hailed as the most powerful supranational court in world history. It has already had a significant impact on the EU’s foreign affairs by placing human rights unequivocally at the heart of the EU legal order. It secured an appropriate balance between fighting terrorism and protecting those rights. The Court’s central argument was that the protection of fundamental rights forms part of the very foundation of the EU’s legal order whereby the Court is committed to guide the EU in its foreign affairs. In doing so the Court has ensured that all EU actions are commensurate with and in harmony with obligations encompassed in all EU treaties. Over six decades the ECJ has grown into a formidable force, so much so that it has not endeared itself to the United Kingdom. In the Brexit negotiations between the UK and the EU, the ECJ has become a major bone of contention.

While the political branches of government most directly determine outcomes in foreign affairs, the contributions of the judiciary are no less significant. Many questions impacting on foreign affairs require constitutional interpretations relating to the authority vested in the executive and legislative branches. Only the judiciary possesses the authority to interpret constitutional and treaty stipulations. In doing so judicial decisions define the parameters and boundaries within which the political branches can and should operate — in domestic affairs and most definitely also in the foreign affairs of the USA, South Africa and the EU.